Constantly rated high both in Tripadvisor and Google by our customers.

Local team with very strong ground operations to take care of you in Andaman.

Our Story - Watch the Video 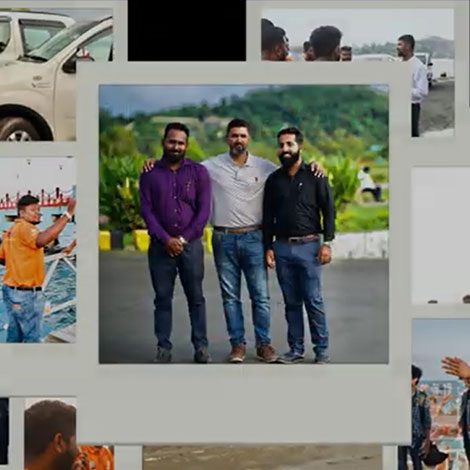 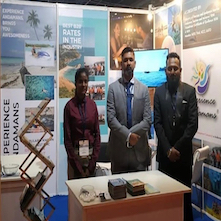 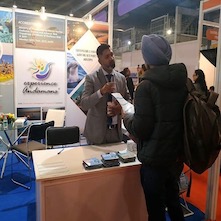 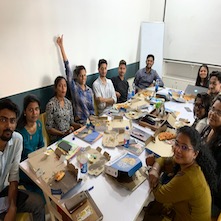 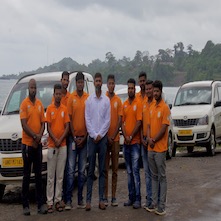 Experience Andamans is not just a Destination Management Company, but also a dream that began with the birth of two brothers, Azhar Khan and Awez Khan, in the Andaman and Nicobar Islands. Two young boys, whose idea of a perfect weekend would be to hit the beach with their friends or a road trip to their aunt’s house through the Jarwa Tribe Reserve (Tribal area in Port Blair). The thought of jumping into the sea, to find a secret Japanese bunker or a trunk full of gold coins shot up their adrenalin, owing to the innocence of childhood. Years passed and their schooling at the island eventually came to an end.

The two brothers, eventually moved out of the islands for future prospects of a better education, more job opportunities and an enhanced lifestyle. Both of them made it big in their own professional field, and achieved everything that they had set out to, before leaving the islands. However, there was one thought that always lingered on at the back of their minds, ‘To Do Something for The Islands’. Every time any of their colleagues and friends wanted to go to Andamans for a holiday, the two brothers were the go-to people, for obvious reasons - they were the locals from the place.

It was while curating trips for their friends and colleagues, did they realize that a perfect holiday is not just about finding the right hotel or the right logistic company, but living the bang on experience of the place.
This was the birth of Experience Andamans!!

The two brothers left their current jobs and came down to the islands to work on this idea full-time. They built a platform, where travelers can customize their own trip and exotic experiences in the island. Also, from a small team of just two brothers, they grew to a well-established team where every member of the team, has not just visited the island, but knows the island inside out.

Decided to come to Andamans? Just give us a call. Right from the time you place your foot on our Island till we drop you back after the trip - We have you covered!

If you are wondering that among all the tour companies available, why should you choose Experience Andamans, give us a moment to explain!

Our team at Experience Andamans are not just your regular travel agency or just any other tour operator - we are the experts in Andamans. Our roots have been living in these Islands since 1942, and we decided to use our expertise and knowledge of these heavenly islands by planning customizable holidays for anyone who comes to Andamans. Thus,making us the oldest and the largest company in Andamans.

Customer satisfaction is our one and only goal for every trip request that knocks on our door. To achieve the same, we believe in regular follow-ups and keeping in constant touch with the customers. From the time a customer shows interest in holidaying at Andamans till the moment that their trip is over, our team is constantly available for them. Our tour coordinators are well trained with years of experience under their belt. They understandthey typical queries that a customer might encounter and address each of them with utmost patience and enthusiasm.

Our accreditationsby Andaman Tourism, IATO, TAAI, ACCI, AATO and Ministry of Tourismspeak volumes of the company that we have built with years of sweat, hard work and understanding customer requirements to the T. After serving over 100,000+ happy customers, we have also been graced with the certificate of excellence by TripAdvisor for the year 2018 and 2019. If all of these are not proof enough of our integrity as experts in Andamans, we have our customers vouching and cheering for us.

Let us call you

Connect with top island experts for your Andaman trip
or