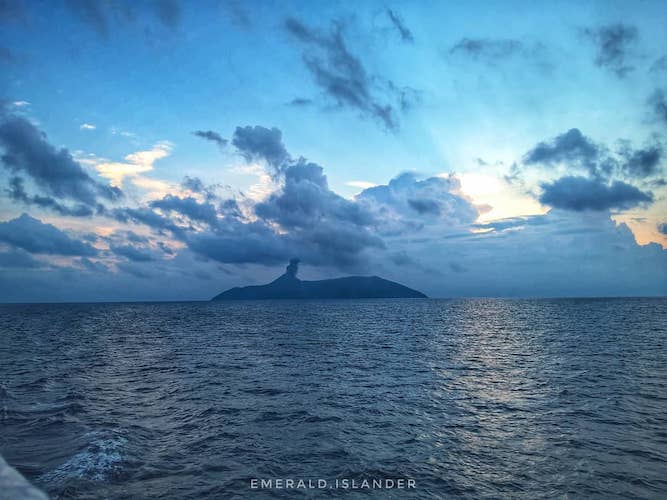 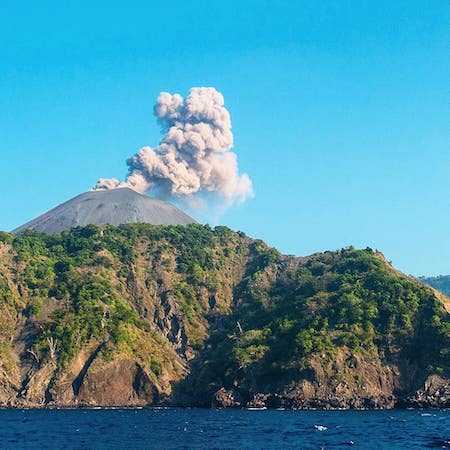 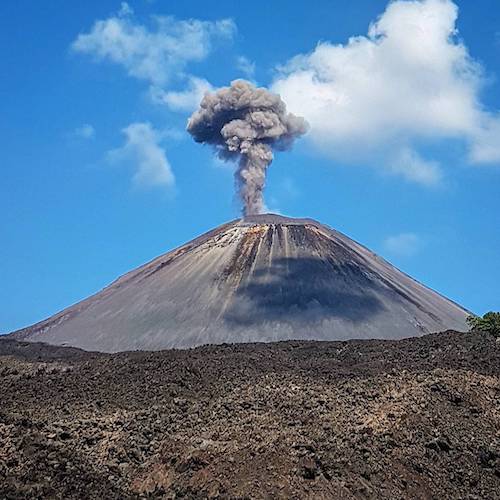 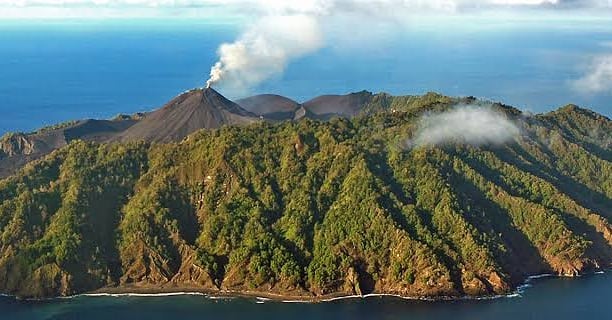 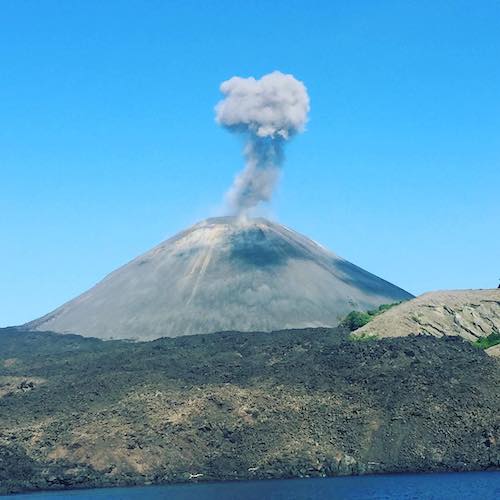 Barren Island is situated in the Andaman Sea and lies about 138 km (86 mi) northeast of the territory's capital, Port Blair. It is the only active Volcano along the chain from Sumatra to Myanmar and also the only active volcano in India. Barren Island is a part of the Indian Union Territory of Andaman and Nicobar Islands and is well known as a Submarine emergent Volcano, which lies above the subduction zone of India and Burmese plate.

Its name is justified as it is a barren area uninhabited by humans, though it has a small population of goats. Also, birds, bats like flying foxes and a few rodent species such as rats are known to survive the severe conditions. Also unpeopled and bereft of any significant vegetation.

Barren Island comes under the restricted zone and special permits have to be taken to visit Barren Island. Besides, no one is allowed to land on Barren Island. No night stay is allowed at Barren Island so one can plan for the early morning trip to the island like you can start at 3 or 4 a.m. It takes nearly 4 to 5 hrs. to reach the island. Tourists generally travel through ships and without getting down on the island they get the whole enthralling feeling of the island. The Island can be visited by chartered boats only with the approval of the forest department and after getting necessary permits.

Private charter has to be hired to visit Barren Island, on your way to Barren Island you can indulge in Sports fishing activity. Also, snorkeling can be done during the trip. Some advanced Scuba Divers also go to Barren island for diving. All Guides are present with you during this excursion.​

What is there in and around Barren Island?

Manta Rays, interesting basalt formations, the topography of past lava flows and fast-growing coral gardens will seriously payback to your visit expenditure. This destination is remote but can be easily accessed by either a life-aboard ship or with scuba-operators based at Havelock Island. Day tours on private charters are also possible. You can think of fishing and scuba diving which can engage you for nearly 6-8 hrs. The island can be accessed by the visitors, with the prior permission of the department concerned.

Cost of the trip?

This destination is fairly remote and you need to charter a private boat to Barren Island. Mainly this trip begins from Havelock Island and this trip can cost you between INR 1,00,000 to 1,50,000 for the entire charter depending upon the boat you are getting. A group of 4 - 8 Adults are generally recommended to do this tour. However, a lesser number of people can also do this tour.

Geography and Biodiversity of Barren Island

Just 3 kilometers wide, with a two-kilometer- wide caldera, Barren Island is the summit of a volcano that rises about 2,250 meters from the seafloor, with 354 meters above the waterline. It is the emergent summit of a volcano that rises from a depth. The eruptions had reduced the number of bird species and their population. Of the 16 previously reported species, only six species are observed, of which the Pied Imperial Pigeon is the most abundant.

Not Dangerous at all!

It has been in news recently that the Volcano erupted in small episodes of about five to ten minutes, on January 23, 2017. It resulted in the ash clouds and red lava fountains were ejecting from the crater and the hot lava flowed streaming down its slopes. But don’t worry this is nothing new to this unique place. It has erupted at least five times over the next 100 years.

Historically, the first record of the volcano’s eruption dates back to 1787. In 1991, it erupted so and the smoke billowed out for about six months. And since then there have been eruptions every two-three years also the last in February 2016.

However, all of these eruptions lie at the lowest level of the Volcanic Explosivity Index. This index ranks the volcanoes from 1-8 based on the quantity of volcanic material spewed and its strength. This latest 2017 eruption was recorded as a 2 on the index which is much in the safe limits.

Other volcanoes in Andaman and Nicobar Islands:

About the trip To Barren Island

Trip Timings - This trip usually begins from Havelock Island at 5:30 AM and ends by 4 PM. The total duration is about 10 - 12 Hours. Fishing can also be done during the tour. Breakfast and Lunch are included in the tour.

About the Boat - This boat has 16 Life Jackets, Fire Extinguisher, Distance Alert Transmitter, Area Information System, VHF Communicator, Fish Finder, GPS, First Aid Box, Cockpit Cabin, and Toilet. The boat is a 2x250 Suzuki Engine with an overall length of 12.67 metres. The boat has 6 Double Sofa Set along with an 800 litre fuel tank and 800 litre Storage. 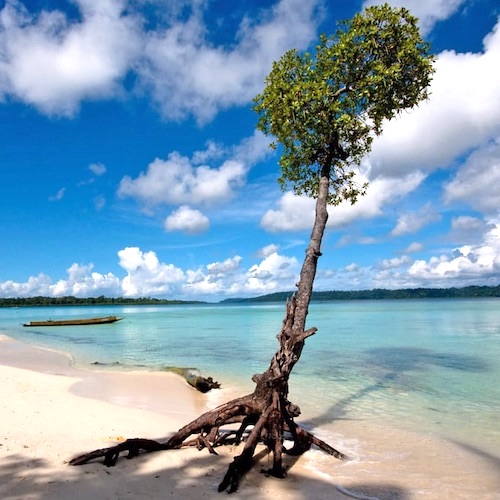 Quick Links to Havelock Island What To Expect How To Reach Private Ferry Places To Visit... 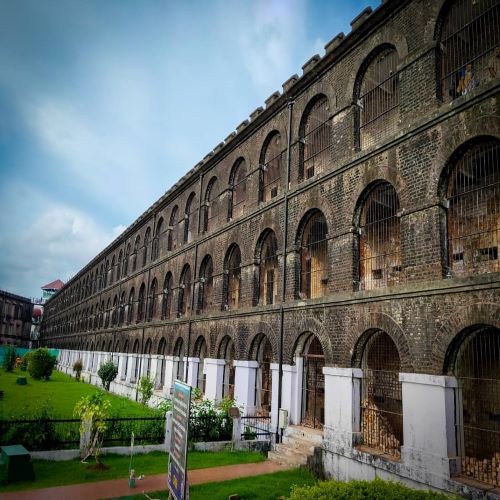 Quick Links to Port Blair About Port Blair How To Reach By Flight By Ship Entry Formal... 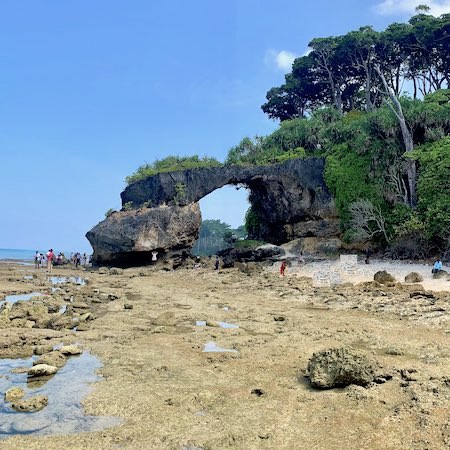 Neil Island is one of the many beautiful islands in the Andaman Archipelago. Currently, it is known ... 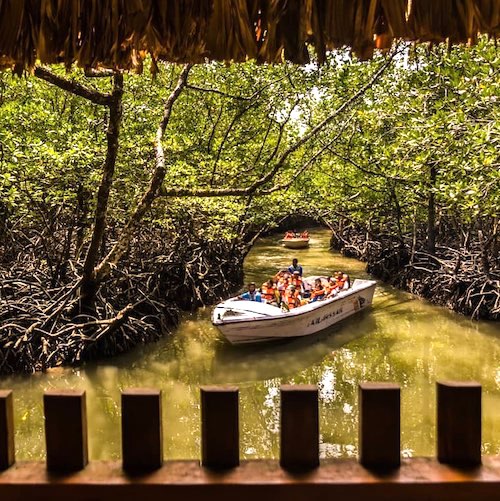 Baratang Island in the Andaman and Nicobar Islands are located between the Middle and South Andaman ... 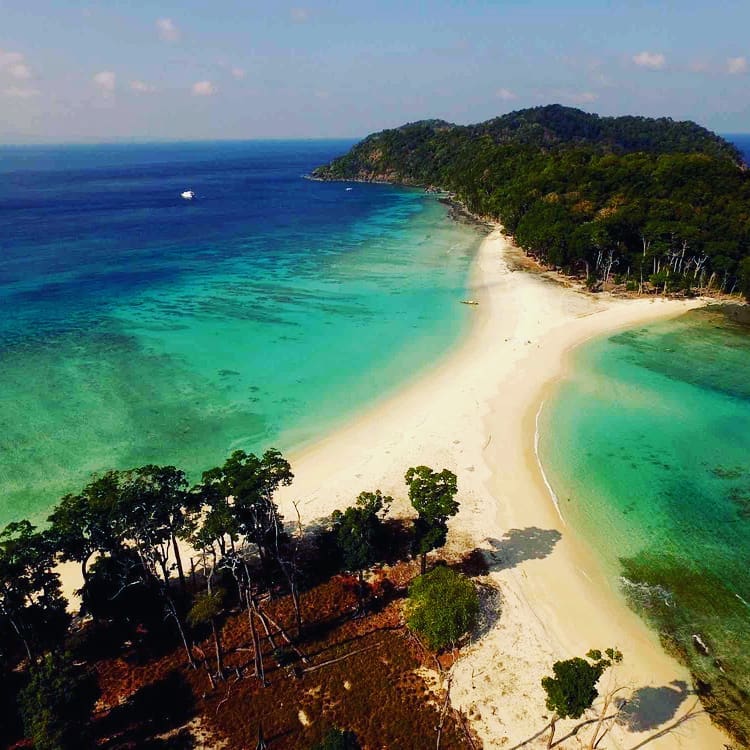 Diglipur Island is located in the North Andaman Islands at a distance of about 320 Kilometers from P... 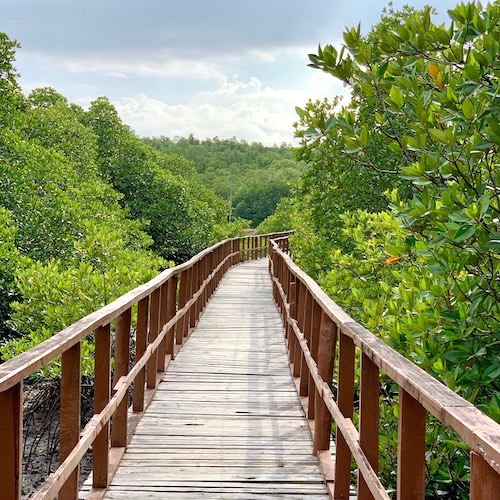 Rangat Island is located in the Middle and South Andaman Islands. The approximate distance from Port... 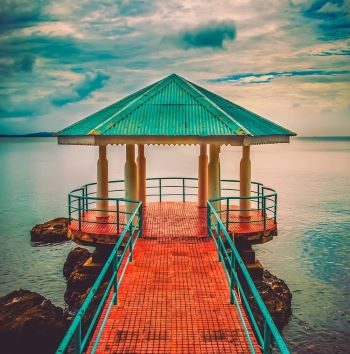 The headquarters of North & Middle Andaman District – Mayabunder, a small town located in ... 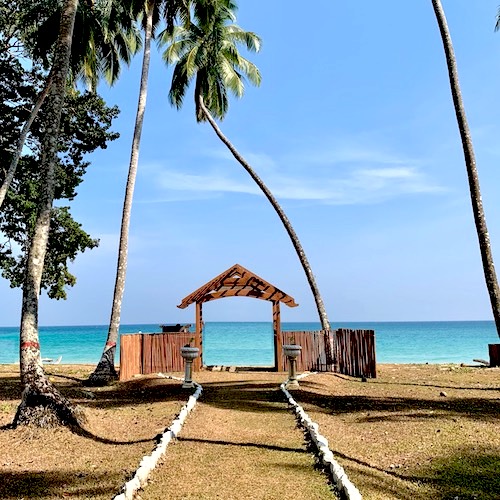 Long island in Andaman is one of the most offbeat locations in the archipelago. This destination is ... 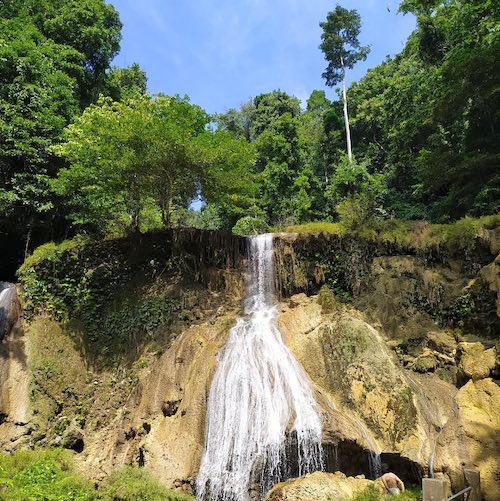 Little Andaman is a little beautiful unexplored place of Andamans. Famous by the name of its m...

View Details
WHY US?